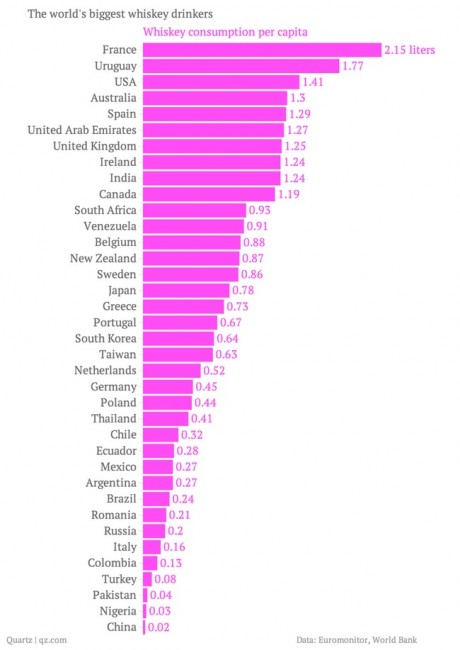 If you had to guess, which country do you think has the greatest whiskey consumption per capita? You might think it is the US, especially if you’ve been to the heart of bourbon country in Kentucky, but it turns out that the US only ranks third in whiskey consumption per person, after France and Uruguay. The chart above, Whiskey drinkers, visualized, shows the breakdown of whiskey consumption per capita for 37 of the top whisky-loving countries. What this chart doesn’t show, however, is exactly how much whiskey is consumed by a country as a whole. That particular honor goes to India, which is home to the largest whiskey producer in the world, UB India, and consumers roughly half of the world’s annual production of whiskey each year.