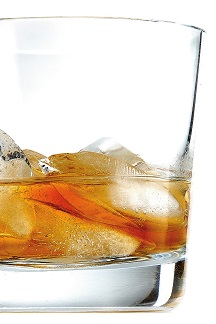 Whiskey is one of the most popular spirits in the world. The distillation process produces a lot of byproducts that don’t make it into the bottle you see at the liquor store; only 10% of what is produced in a distillery is drinkable whiskey. The rest is draff, the residue of the grains of barley, and pot ale, a copper-laden liquid. This waste isn’t used for much, but a company called Celtic Renewables aims to change that. Using the bacterium Clostridium acetobutylicum in a process known as ABE (for acetone-butanol-ethanol), they are hoping to turn all that waste into usable biofuel.

The ABE process is so named because of what it produces, and the main interest is in biobutanol. This product packs 25 percent more energy by volume than ethanol and can be burned directly in an internal-combustion engine – just like gasoline. It can also be blended directly into gasoline to stretch it and produce a cleaner burning fuel.

Whiskey is just part of the picture, as biobutanol is also being produced from feedstocks such as corn and sugar cane, but the waste from whiskey distallation is already waste – and repurposing it is more eco-friendly than processing feedstocks just for this purpose. This industry is still young – but pouring an extra glass of whiskey just might help fuel the project further.

What Your Spirit of Choice Says About You
Horoscopes are usually told by an astrological or zodiac sign,…