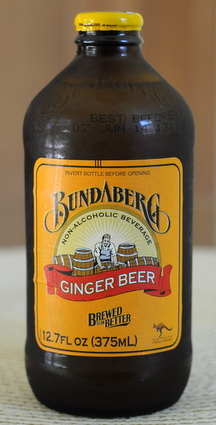 Ginger beer is a carbonated drink that is flavored with fresh ginger and sweetened with sugar. The original ginger beer, which was popularized in the mid 1800s, was a slightly alcoholic drink that developed its carbonation through fermentation. These days, ginger beer is still produced as an alcoholic beverage, but it is more commonly found as a nonalcoholic soft drink.

Depending on the brand, ginger beer can have mild or strong carbonation, but it will always have a very strong, sharp gingery flavor to it. It is much more pronounced than the ginger flavor in ginger ale, although the drinks are otherwise very similar. Because of its sweetness, fizziness and flavor, ginger beer became a popular mixer for cocktails like the Moscow Mule in the 1940s and is still a popular bar ingredient these days.

Coffee Machine Serves Vodka, not Coffee, in Ukraine
There is a big problem in the Ukraine with illegal…