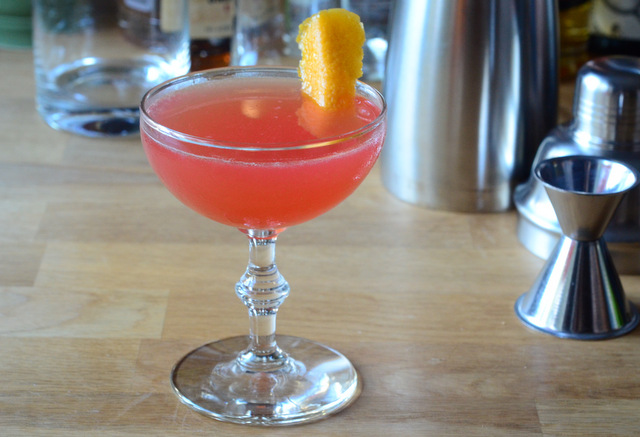 The Ward 8 is a cocktail with a long history that dates back to 1889, where it was first served up in Boston, Massachusetts at the bar of a restaurant called Locke-Ober (which opened in 1875 and closed its doors in late 2012). The drink was supposedly created to celebrate the election of local politican Martin Lomasney to the state legislature, and named after the district that helped him clinch the election. It’s a relatively simple drink, but it is a good one – especially if you are a fan of rye whiskey. It is made with just rye, lemon juice, orange juice and a touch of grenadine, that adds more color than sweetness to the cocktail. It is not sweet, but it is just sweet enough to take the edge off the rye and to make this drink go down very, very smoothly.

Fresh juice is always the best option when making cocktails, but in a drink like the Ward 8, it is especially important. The acidity of the orange and lemon juices blend perfectly with the rye to ensure that the drink is ultra-smooth, despite the fact that it is a fairly stiff drink. I like to serve this in a coupe, but a martini glass is also a good option for this cocktail. 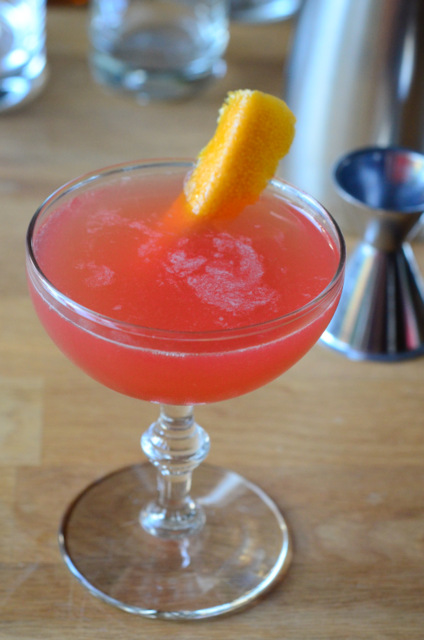 Pour all of the ingredients into a mixing glass and fill with ice. Shake and strain into a chilled glass and garnish with an orange twist (optional).