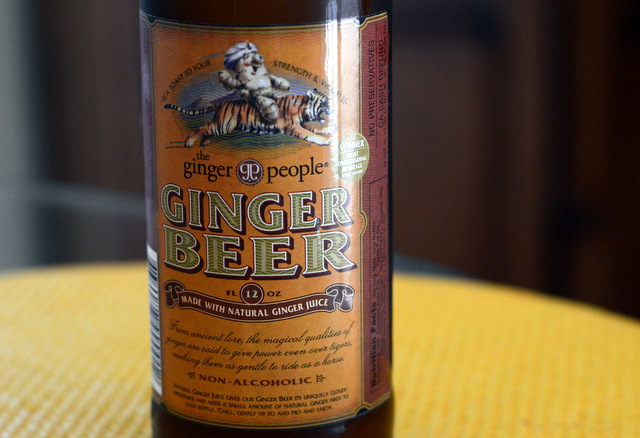 Ginger beer is a nonalcoholic carbonated beverage with a strong ginger flavor that is a common ingredient used in most bars. There are a lot of quality ginger beers out there, made with real ginger that adds a lot of spicy, ginger flavor to your Moscow Mule or Dark n’ Stormy. Ginger People is known for their high quality, all-natural ginger products and one of those products is ginger beer made with cane sugar and naturally pressed ginger juice.

The ginger beer is very cloudy with natural ginger fiber, and it is loaded with ginger flavor. It is strong, spicy and just sweet enough to temper the spice and make it addictive. I recommend swirling the bottle around carefully before opening to ensure that the ginger is well-distributed before pouring it. Unlike milder ginger beers, this one is great for mixing because it won’t easily be overwhelmed by other flavors in a cocktail. It pairs wonderfully with lime for the classic Mules and Dark n’ Stormys. It might be too strong for sipping on its own, depending on how spicy you like your ginger.

Worth another round? Yes. This is a deliciously spicy ginger beer with a much better ginger flavor than most ginger beers and that makes it perfect for mixing cocktails. It’s a little bit strong for me on its own as far as sodas go, but I’m not one to drink ginger beer without at least a squeeze of lemon or lime. Definitely a good option for anyone who enjoys drinks with ginger beer because it will add a nice little kick.

Tasting Tuesday: Jim Beam Maple
I am a big fan of maple in just about…