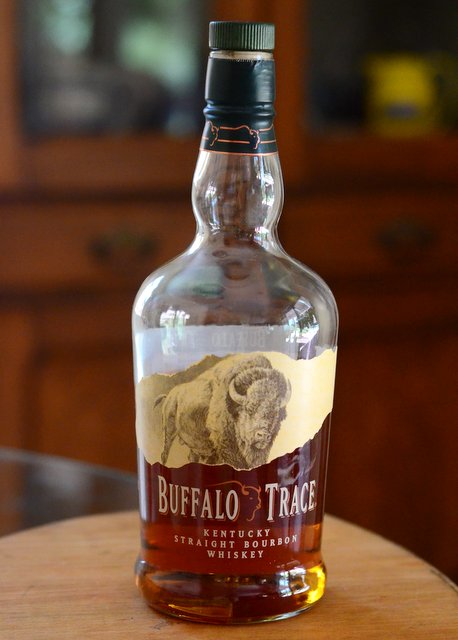 Buffalo Trace Distillery’s claim to fame is that it is the oldest continuously-operating distillery in the United States, even making it through the prohibition era, when it pumped out whiskey that was strictly used for medicinal purposes. The Frankfort, Kentucky distillery hasn’t always been operated under the same name, however, and was known as the George T. Stagg Distillery until mid-1999, when it rebranded as Buffalo Trace and launched its signature Buffalo Trace Kentucky Straight Bourbon Whiskey. The bourbon has been gaining fans ever since.

The bourbon has a deep golden color that hints at its depth of flavor. The nose is very sweet and you get notes of caramel, apples and dried fruit. That sweetness carries over into the bourbon itself, but it is tempered by flavors of tobacco and charred oak. The flavors of brown sugar and apples almost hint at apple pie, due to the layers of spices in the bourbon. It has just the right touch of sweetness to ensure that it goes down smoothly, and a great finish that lets the some of the bitter coffee, woodsy spice and burnt sugar notes linger.

Worth another round? Yes. And I might well need another round before I finish this post. This bourbon is one that is a staple at my bar because it is so versatile. It offers enough complexity to make sure you take your time when you’re drinking a glass, but many of the flavors are bold and easy to identify. Even though there is a lot of depth to it, those familiar flavors make it feel a little bit like welcoming home an old friend and, once you’ve had it a few times, seeing a bottle behind the bar will put a smile on your face.