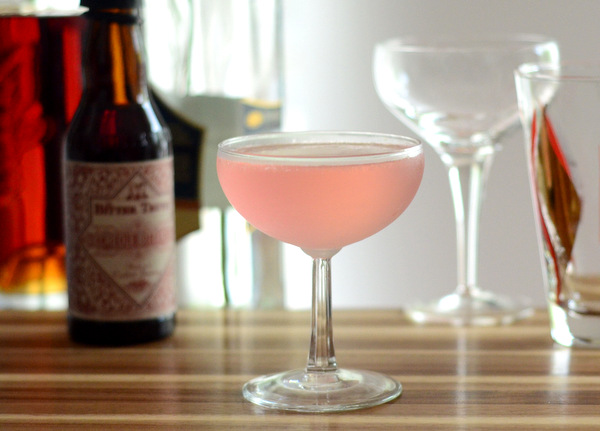 I recently had a cocktail that was made with bourbon and coconut water. While the bartender who mixed it up for me was enthusiastic, I wasn’t a fan of the combination. The bourbon dominated the soft, natural sweetness of the coconut water which – not to be confused with coconut milk or sweetened coconut cream – has a very mild flavor of its own. I like the idea of coconut water in a cocktail, but I prefer to pair it with a lighter gin or rum, where both the spirit and the coconut can shine.

I spotted a simple drink recipe from PDT that sounded like a good starting place and played around with it. I use Flor de Cana White Rum as a base. The 4-year aged rum is exceptionally smooth. If you don’t have it in your bar, opt for a similarly aged white rum, like El Dorado or Selvary. The rum is combined with coconut water and a touch of Velvet Falernum for sweetness, the finished with a dash of bitters. Angostura actually work fairly well in this recipe, but I opted for Bitter Truth’s Creole Bitters, instead, as they blend nicely with the falernum.  This cocktail has a pretty-in-pink color and is very refreshing, with just a touch of the tropics from the coconut water without being sweet. 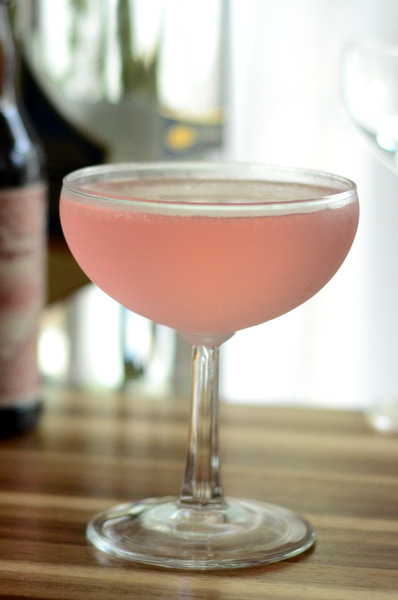 Combine all ingredients in a mixing glass and fill with ice. Shake vigorously until chilled, then strain into a coupe. No garnish.

Mulled Apple Cider
Some people prefer eggnog, but nothing says “holiday season” to…

Three Ways To Make A Manhattan
Like the Old Fashioned, a Manhattan is a classic cocktail…