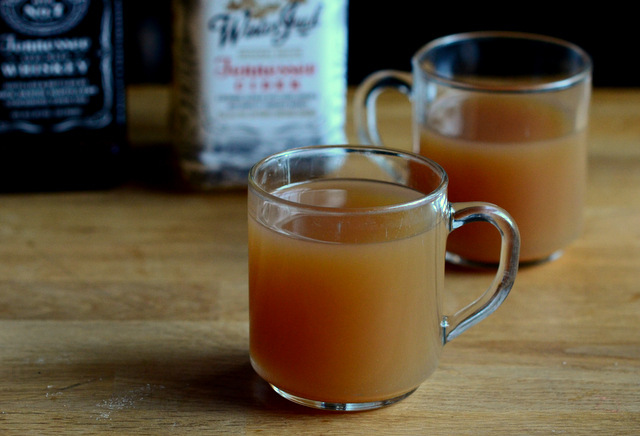 Jack Daniel’s Winter Jack Tennessee Cider is an apple cider and whiskey liqueur that Jack Daniel’s has released as a limited edition holiday treat. The liqueur almost tastes like apple cider on its own, with just a hint of whiskey in alongside the spice and sweet-tart apple notes. You can drink it on its own, but I think that it needs a little something extra to reach its full potential – and that something extra is my house-made mulled cider. My cider recipe is spiced up with cinnamon, allspice, nutmeg and orange, and it is sweetened with maple syrup. It has the richness that the liqueur is lacking and it makes a great base for a hot toddy. I added Winter Jack and a splash of Jack to my cider to create Spiced Tennessee Cider, a drink that goes down very easily on a cold winter night and has all the apple, spice and whiskey flavors you could want.

If you want to batch this recipe in advance to serve a crowd, the ratios remain the same. It is good to serve at a party because it’s not too strong of a drink, which means that your guests can sip it all night long. I prefer to serve it hot, but the flavor combination is just as delicious cold if you are turning the heat up inside and need your drinks to be a little more refreshing. 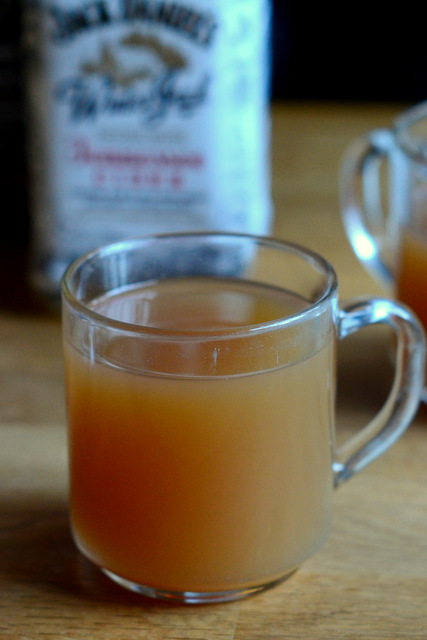 Combine all ingredients in a coffee mug and stir to combine. Make sure the cider is piping hot to keep the drink warm, though the Winter Jack can be warmed in the microwave if you need to take off the chill. Garnish with a cinnamon stick and serve.

Ramazotti and Coke
When Coca-Cola was first invented in the late 1900s, it…

Kentucky Mulled Cider
When it is cold outside, few things sound as good…

Amaretto Sour
Amaretto is a delicious almond liqueur that is so tasty,…