Liqueurs don’t always get bumped up to center stage in cocktails. Frequently, they are used to balance or highlight certain aspects of the primary spirit in a drink, rather than getting a chance to really stand on their own. In some cases, the liqueurs might be too sweet or too intense on their own, but in other cases, it’s simply nice to see an ingredient shine for a bit. The Red Lion is one of those cocktails because it allows Grand Marnier, a wonderful orange liqueur, to have a staring roll.

The Red Lion cocktail is a cocktail that has a long history and has the distinction of being the only cocktail created for a contest that made it into the standard cocktail lists. It was entered in a London cocktail competition in 1933 – at a time when London was a hotspot for trendy mixologists – by a bartender from the Cafe Royal, Arthur Tarling, and took home first prize. There are all kinds of cocktail contests these days where the winner’s recipe will make it onto a brand’s website, rather than the “standard” cocktail list. The Red Lion is an excellent, simple cocktail with just the right refreshing balance of tart lemon, sweet orange and aromatic gin, but it made the list because it became a hit at the time when the lists were written. It is currently also up on the Grand Marnier website, but if it were innovated in the last year or two, that might be the only place where you would see it.

I prefer this cocktail with an equal balance of orange and lemon juices, however some recipes put the emphasis on the orange juice. London dry was the original style of gin used in this drink and it still works today. Tanqueray has a great citrus note that blends into this cocktail very well, though you could experiment with other gins that have a similar citrus bite to them if you want to mix things up. 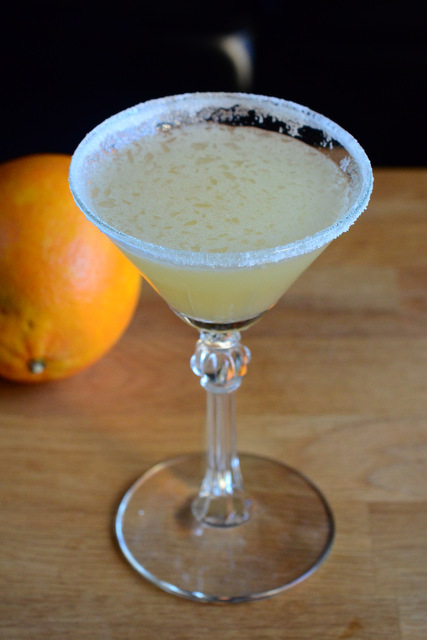 Wet the rim of a martini glass with orange juice and dip it in sugar and set aside. Fill a mixing glass with ice and add all of the ingredients. Shake until chilled and double strain into the prepared glass.

Paloma
Soda is a very important component of a bar, both…