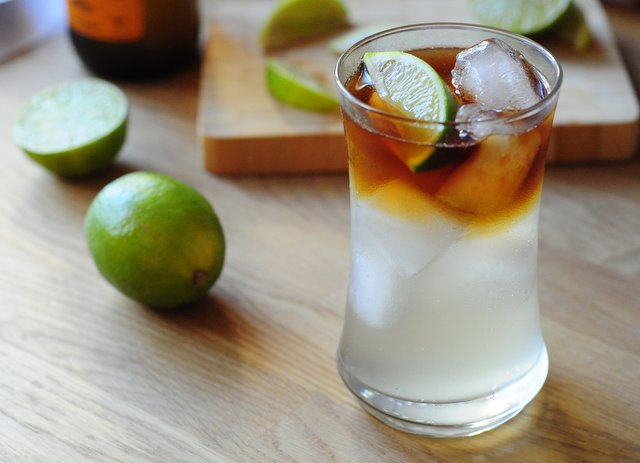 The Dark ‘n Stormy is Gosling’s signature cocktail, a drink that they invented to feature Gosling’s Black Seal Rum and have vigorously defended over the years from imposters who try to mess with the basic drink recipe that uses just rum and ginger beer.

That original recipe is popular – so popular that it is often referred to as Bermuda’s national drink – but as is the case with most “classic” cocktails, everyone wants to put a twist on it to make it their own. I’ve made different variations of this drink using different types and brands of rum with this and that added to spice things up. In the end, I am a traditionalist and I usually stick to the original recipe when I make a Dark ‘n Stormy myself. Why? Because it wouldn’t be a Dark ‘n Stormy without Gosling’s Black Seal – the dark rum that gives the drink its name. Gosling’s has a registered trademark on the recipe which dictates what ingredients and how much you can use to call it a Dark ‘n Stormy.

That said, I am not a fan of Gosling’s ginger beer, which is also called for in the drink. Their ginger beer contains high fructose corn syrup and comes in a can, which imparts an unpleasant taste. I use Gosling’s rum, but I am a lot more flexible about the ginger beer since I am a fan of Bundaberg and always use that in drinks that feature ginger beer. A lime wedge is optional but always a nice touch, since a little citrus tempers the ginger beer and ties it in nicely with the rum. 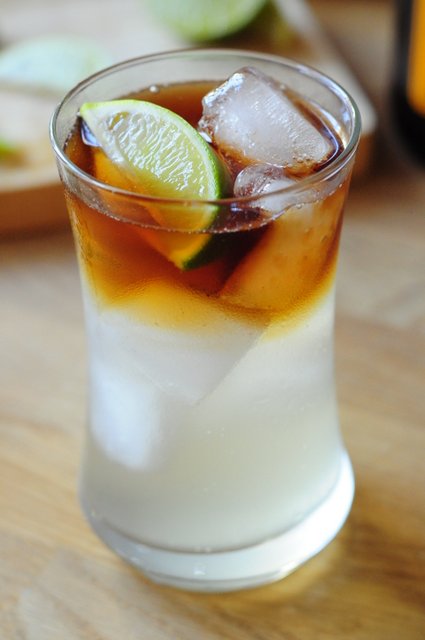 Pour the ginger beer and then the lime juice (optional) in a glass filled with ice. Top it with the Gosling’s Black Seal and give it a brief stir. Garnish with a wedge of lime (optional).

Elderflower Collins
I always have a bottle of St. Germain in my…