The Colorado Bulldog is related to a White Russian, but involves a generous splash of Coca Cola in addition to vodka, Kahlua and cream. Coke lends a hint of sweetness and spice to the drink, and lightens up that cream with a little bit of carbonation. The drink’s name is a little bit of a mystery, although it is often said to be a nod to one of the original mascots of Colorado State University. Early in the 20th century, CSU’s mascot was a Colorado Bulldog named Peanuts that was very beloved by the student body. The breed was a cross between an American Bulldog and the Olde English Bulldog. That said, the drink was first recorded in mixology and cocktail books the 1970s, long after that original mascot passed away. 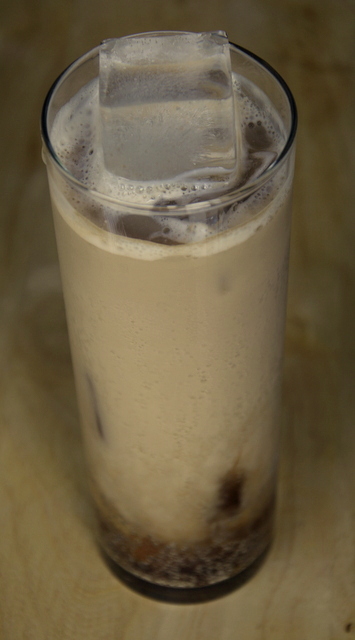 Pour the vodka and Kahlua into an ice filled glass. Fill with cola and float the cream.

Mezcal Paloma
I love a good Paloma, but I have to admit…

Mulled Apple Cider
Some people prefer eggnog, but nothing says “holiday season” to…