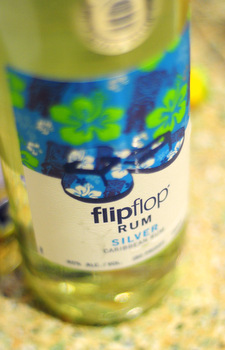 Going out to the liquor store can be an expensive trip, especially if you need to stock up on more than one or two bottles while you’re there. Spirits range in price from just a few dollars to over a hundred dollars a bottle. Most of us stay in the mid-range, figuring that we won’t get something terrible and we won’t break the bank. But those cheap spirits can be pretty tempting when you are on a budget.

It was called “flipflop” and it was most definitely a huge FLOP. To be blunt, it was horrible. It smelled strongly like rubbing alcohol and tasted like it, too. I didn’t waste too much money on it, but I also couldn’t put it in a drink without completely ruining it. The lesson? It may be tempting to save a few dollars on your base alcohol, especially if you’re making mixed drinks, but sometimes cheap booze is cheap for a reason. Don’t waste your money and start with something decent (and you can make a reasonable guess based on the price).

Supermarket Scotch Wins Top Spirit Award
Supermarkets all over the world have their own house-brand products,…

Gift Idea: Shot Flask
A flask is a nice way to take your favorite…