Jams and preserves can be surprisingly good ingredients to work with behind the bar. A teaspoon or two of sweet, concentrated fruit can add a lot of flavor to a cocktail without much extra work for the bartender. This Apple Cinnamon Cocktail gets its apple flavor from apple cinnamon preserves, almost taste like apple pie filling. The resulting drink is a little bit like apple pie a la mode, and is a great dessert cocktail. 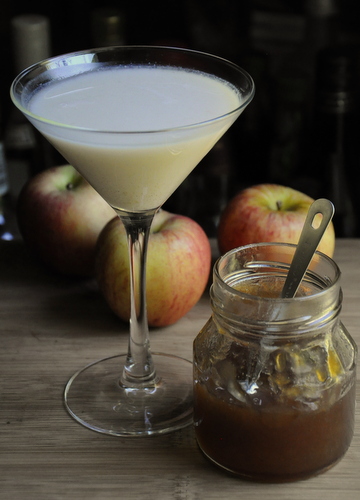 Pour ingredients into a mixing glass. Muddle if there are chunks of apple in the preserves. Fill with ice and shake until the preserves are dissolved. Strain into a cocktail glass and garnish with a cinnamon stick or ground cinnamon.

Simple Syrup For Cocktails
Simple syrup is a staple ingredient for bartenders. It is…